The Fourth of July is our Nation’s most patriotic holiday that celebrates the freedom and liberty won and maintained through great personal sacrifice, commitment and faith.  And America will remain the land of the free only as long as it is the “home of the brave” (Elmer Davis)

For this, Americans owe all those who serve, a huge debt of gratitude…….Remember our Military, past and present, at home and abroad, our First Responders and the dedicated men and women of the Police Force that serve our communities with your thoughts and prayers as we celebrate America  “Together~Apart” with our loved ones on this year’s Independence Day,                       Saturday, July 4th, 2020!

May God Bless our President, Donald J. Trump, His Family and his Administration and May God Bless the United States of America on her 244th Birthday.
Wishing you and your loved ones a happy, safe and healthy Fourth!
The AZ East Valley Pro-Life Alliance Board of Directors
480-216-7217
www.evprolifealliance.org

“HONORING ALL WHO SERVED”
As we celebrate our freedoms this  MEMORIAL DAY
we remember that FREEDOM isn’t FREE!
Our deepest gratitude, thoughts and prayers
are with all those who made the “ultimate sacrifice” for our FREEDOMS!
We Will Never Forget!
Let   U.S.  Pray
For Our Veterans
Please God…..Grant them courage,
when times are bleak.
Grant them strength,
when they feel weak.
Grant them comfort,
when they feel all alone,
And most of all, God,
Please bring them all home.
A Memorial Day Musical Tribute with Lee Greenwood
“God Bless the USA” 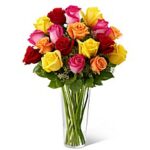 A rose so rare,one of a kind, love and beauty….a Mother.

A rose without thorns, not a petal was torn,a perfect rose stood straight and tall,Mother is the most precious of all.

HAA rose that can survive the worst kind of weather

and yet the most delicate ever,a rose with a fragrance,there could be no other,

A rose is picked and put to dry,the beauty is still there,it never dies….a Mother!

wishes all Mothers…..a most happy and blessed Mother’s Day as

The Board of Directors
of the
AZ East Valley Pro-Life Alliance wish you a Happy & Blessed Easter!

We give thanks to God always for all of you,
Remembering you in our prayers, unceasingly calling to mind
Your work of faith and labor of love and endurance
In joining us in our fight for LIFE….
From Conception to Natural Death!
As we celebrate the Glory of Christ’s Resurrection together (apart) we continue to pray
for the health and safety of all Americans and for the healing of our Country,
taking comfort
in the knowledge that…… He is Risen!
www.evprolifealliance.org                   480-216-7217                   Life@evprolifealliance.org 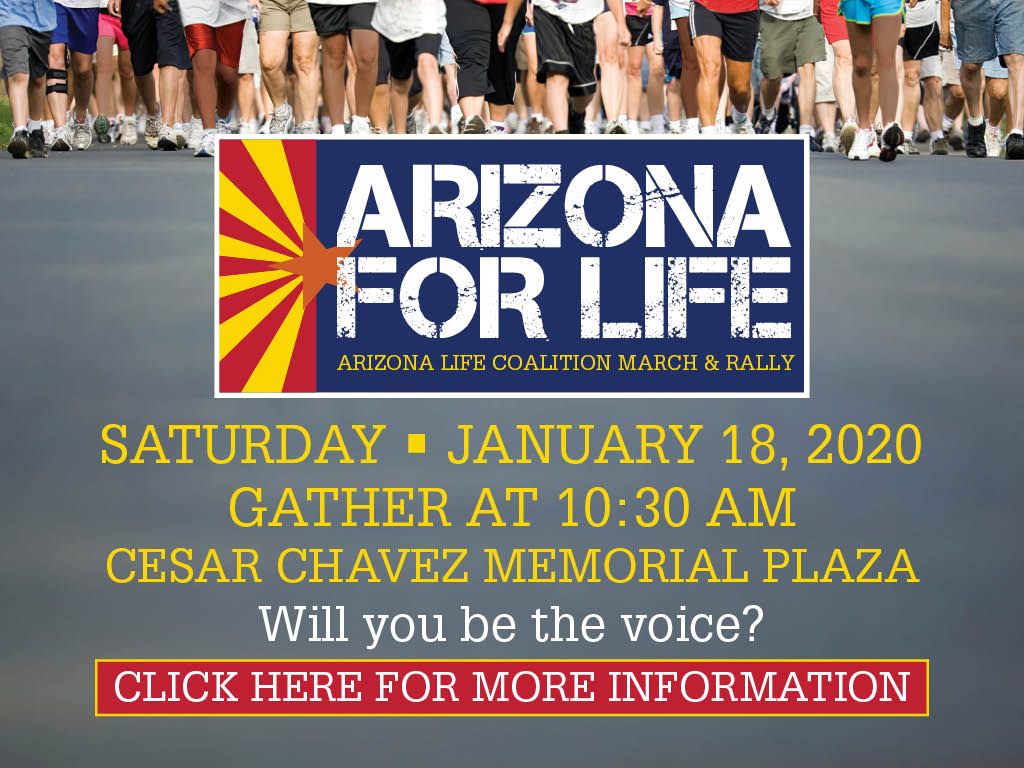 SAVE OUR BABIES FROM ABORTION & INFANTICIDE!

with truthful and uncompromising pro-life education and information

via AZ East Valley Pro-Life Alliance website @ www.evprolifealliance.org
On behalf of our Mission:
“Defending Life From Conception to Natural Death “
we thank you for your continued support and  generosity!

Joy to the world, the Lord is come…
With the birth of Christ,
a new light has dawned upon the world;
God and His people are one again!

May All the joy that filled the earth on that first Christmas morn
Be in your heart as you rejoice that
Christ the Lord is born!
Christmas Blessings to you and all those you love!
The AZ East Valley Pro-Life Alliance
Board of Directors

Upon reflecting on our blessings,
the AZ East Valley Pro-Life Alliance Board of Directors
is especially thankful  for the support of our donors that
provide us the precious opportunity of saving lives

through our pro-life message.
With our sincere gratitude and appreciation ~ WE THANK YOU!
May God bless each and every one of you
with so many blessings this Thanksgiving Day!
~The AZ East Valley Pro-Life Alliance Board of Directors~

“There is a stark contrast between those of us who cherish the wonder and dignity of human life…and those who fail to recognize God as the Author of all human life.  Between those of us who will fight to protect the lives of the youngest members of our human family…and those who use abortion as a weapon to advance a deadly culture of life.   For us, there is no more important issue facing America today than the evil of abortion.

Abortion corrupts our entire society.  It leads to multiple other forms of violence in our nation, the breakup of the family and the downward spiral of public morality.  And that the only way to bring peace to our nation, our cities, our communities and our families is to end the violence of abortion.  PERIOD!”           Fr. Pavone, Priests for Life

“When God speaks, and He does so through Scripture, all of us should listen,” said Rev. Graham, adding that “The Bible says we are knit together by God in our mother’s womb (Psalm 139:13).”   To help with listening, “religious liberty” must be defended by our leaders, he added, and for that America needs to have “God-fearing judges” in the courts who will defend that liberty.   Some progress has been made in the last few years with federal judges, Supreme Court justices, and restrictions on abortion, said Rev. Graham. However, abortion is still legal,” and it is a stench in the nostrils of God,” he said.

Graham has always been outspoken against abortion and, in January, called for New York Gov. Andrew Cuomo to be excommunicated after he signed into law a bill legalizing abortions up to birth. “This law allows for the murder of unborn children up until the day of their birth,”  “I call on my friend Cardinal Dolan to take a moral stand,” he continued. “Whether it moves the governor’s calloused heart or not, it will have a great impact on not only the church in New York, but on the church worldwide. It’s about standing for right over wrong, good over evil.”

He said the law allows the torture of unborn babies in a way that most people would not stand for if it was done to a dog or cat or a convicted criminal.    The law allows unborn babies to be aborted for any reason up to 24 weeks and up to birth for “health” reasons, a broad category that includes basically anything.   It redefines a “person” as “a human being who has been born and is alive,” and describes abortion as a “fundamental right.” The law also removes state protections for infants born alive in botched abortions.

Graham, the son of the late Rev. Billy Graham, has become one of the strongest voices for life among evangelical Protestants. He uses his massive platform to raise awareness about unborn babies and the death-driven abortion industry, and frequently calls out religious and political leaders who advocate for the killing of God’s children.

After a “comprehensive analysis of each state’s legal protections for human life from conception to natural death,” AUL’s legal team gave Arizona the highly coveted #1 ranking as the most pro-life state in the country. That is, the state that provides women and their children the most legal protections. Arizona was closely followed by Arkansas, Oklahoma, Louisiana, and Kansas.
In 2017, AUL ranked Arizona as the #5 most protective state and was one of only four states named as AUL All-Stars, but this is the first time Arizona has received a #1 ranking. AUL will release its full report next Monday on the 45th anniversary of the Roe v. Wade decision legalizing abortion nationwide.
According to Steve Aden, AUL’s Chief Legal Officer and General Counsel, “legislators across the country are continuing to fight back against ‘increasingly corporate abortion industry, that is determined to put their profit margins before the health and safety of women and children.’” The Arizona legislature exemplifies this fight in defense of women and their children.
This designation only happens because Arizona citizens elect policymakers who stand for the lives of preborn children and their mothers. On behalf of those citizens, we especially thank those pro-life legislators, former Governor Jan Brewer and current Governor Doug Ducey for keeping their commitments and enacting over 37 pro-life measures since 2009, making Arizona the most pro-life state in the country.

Thank you very much, that’s so nice. Sit, please. We have tens of thousands of people watching this right down the road, tens of thousands. So, I congratulate you, and at least we picked a beautiful day, you can’t get a more beautiful day. I want to thank our Vice President Mike Pence for that wonderful introduction. I also want to thank you and Karen for being true champions for life. Thank you, and thank Karen.

Today I’m honored and really proud to be the first president to stand with you here at the White House to address the 45th March for Life, that’s very very special, 45th March for Life, and this is a truly remarkable group. Today tens of thousands of families, students, and patriots, and really just great citizens gather here in our nations Capitol. You come from many backgrounds, and many places, but you all come for one beautiful cause, to build a society where life is celebrated and protected and cherished.

Read the full text of the speech

The AZ East Valley Pro-Life Alliance, Inc., founded in March 2011, is a non-profit, non-sectarian, 501©3 organization dedicated to
educating the public on the Sanctity of Innocent Human Life From Conception to Natural Death.

The primary goal of the AZ East Valley Pro-Life Alliance is to change hearts and minds to protect and defend every innocent
human life created in the image and likeness of God through comprehensive uncompromising pro-life education.

Over the years, this all-volunteer organization has presented pro-life Conferences, Concerts in Commemoration of Roe vs. Wade,
Educational Classes for adults as well as for our teens and youth, ages 5 to 12, that continue as part of a home-school curriculum
across the Valley.

As 2017 comes to a close, the EVPLA Board of Directors is extending an invitation for you to join our efforts in the noble cause of
defending all innocent human lives with a year-end sustaining tax-deductible membership:
$15.00 per Individual or $25.00 per Family per year.

To respond please download the attached membership form and together with your check made payable to EVPLA, mail to:
EVPLA, 2648 N. 61st Street, Mesa, AZ 85215. For credit card donations please fill out the membership form
@ www.evprolifealliance.org along with the required credit card information.

Donations of any amount are always greatly appreciated and are tax-deductible to the fullest extent of the law; EVPLA tax
ID number is EIN #27-4689056.

We thank you in advance for your consideration of this invitation. 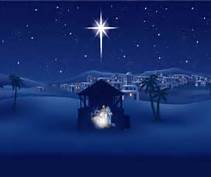 A humble manger, a lowly birth
God’s love was given to all on earth
Welcome Baby Jesus, the Lord of all…LIFE
Our Savior and Redeemer, our joy and delight.

Rejoice in LIFE this Christmas!!!

May all the blessings of the Christ Child be yours

throughout this Holy Season

Celebrating His Birth With You,

The AZ East Valley Pro-Life Alliance Board of Directors

Click Here or call 1-800-395-4357.
We are not affiliated with Option Line.
Support the EVPLA through RealEstateForLife.org