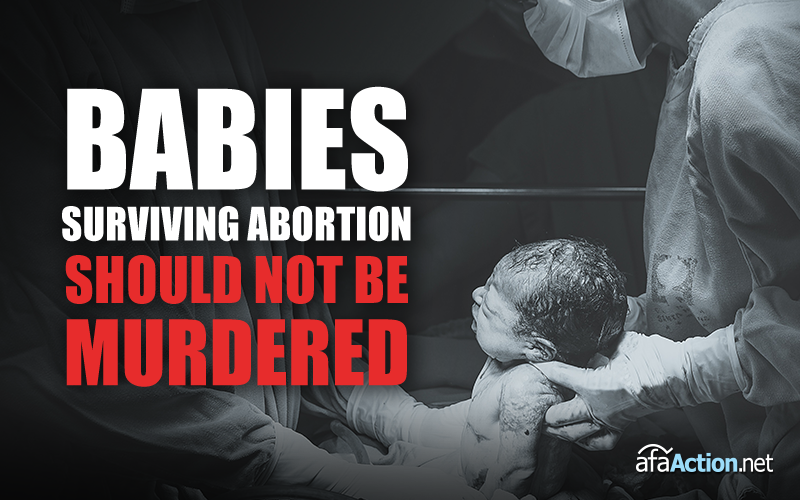 Next Monday night, February 25, the U.S. Senate is expected to vote on the Born-Alive Abortion Survivors Protection Act to protect the lives of infants who survive an abortion. Every member of the Senate ought to agree that all babies who are born deserve protection.
Contact your Senators urging them to vote to ban the killing of infants who survive abortion.
Senate Republican leadership must rally the entire Senate to unify in support of this bill. Passing this bill will not only protect the lives of babies who survive an abortion, but the vote will also let voters know which Democrats and Republicans refuse to protect innocent life.
Senate Majority Leader Mitch McConnell (R-KY) is to be commended for bringing this bill up for a vote. It is troubling to know that he, however, scheduled the vote for Monday night.
Senators typically travel to D.C. on Monday for the week, and they record their attendance that evening by what is known as a “bed check” vote. Bills considered after check-in are typically viewed as low-priority votes—renaming a post office, for example.
If the vote had been delayed till next Thursday, Senate leadership, including Majority Whip John Thune (R-SD), would have had the opportunity to whip the votes during the week to build support for the bill. A Monday night vote weakens the ability of Senate leadership to leverage their majority position.
To protect babies born alive, Christians and constitutional conservatives should expect the same or greater legislative prowess that Sen. McConnell demonstrated when he fought to pass the Middle East security bill (S.1) in January.
Sen. McConnell brought this bill up for a floor vote three times (1, 2, 3) even though it kept failing to break the 60 vote threshold to proceed to a vote. McConnell kept bringing it to the floor until it passed. He and other Senate leadership kept putting the full weight of their majority position behind this bill till it passed. Surely newborn lives are worth just as much effort!
This same bill, the Born-Alive Protection Act, passed the House in September 2015, but a Senate Republican majority allowed the bill to die. Senate Republican leadership, namely Majority Leader Mitch McConnell, is responsible despite the overwhelming number of Republican senators who would have voted for the bill.
Another concerning fact is that Republicans controlled the House, Senate and White House for two years following the 2016 election yet they failed to make this a top priority. Instead, some Senate Republicans hid behind the 60 vote rule and refused to switch to a simple majority (51) votes to pass this important legislation.
This brings into question how committed these lawmakers are to the pro-life movement?
Nonetheless, it is important that all Senators go on the record regarding this important issue.
Contact your Senators urging them to vote to ban the killing of infants who survive abortion.
If our mission resonates with you, please consider supporting our work financially with a tax-deductible donation. The easiest way to do that is through online giving. It is easy to use, and most of all, it is secure.

Click Here or call 1-800-395-4357.
We are not affiliated with Option Line.
Support the EVPLA through RealEstateForLife.org